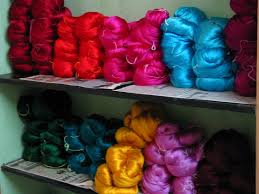 History has it that Kanchipuram rose to eminence during Krishna-Deva Raya’s reign, when two weaving communities – the Devangas and the Saligars transmigrated to Kanchipuram from Andhra Pradesh. Primarily because within this seemingly minuscule town there were more than 129 finely crafted temples. And silk was always considered the ceremonial wear at religious rituals and weddings. The Devanga and Saligar weavers were reputed for their weaving silks. Every Kanchipuram silk Saree is amongst the most superior silks in the world. Thanks to its double warp and double weft. Besides which, the gold in the motifs is incorporated by dipping the silk thread into liquid gold and silver. This enhances the beauty and the value of the silk. (Kanchipuram Sarees are also known as Kancheepuram and Kancheevaram and sometimes Kanchivaram Sarees!) 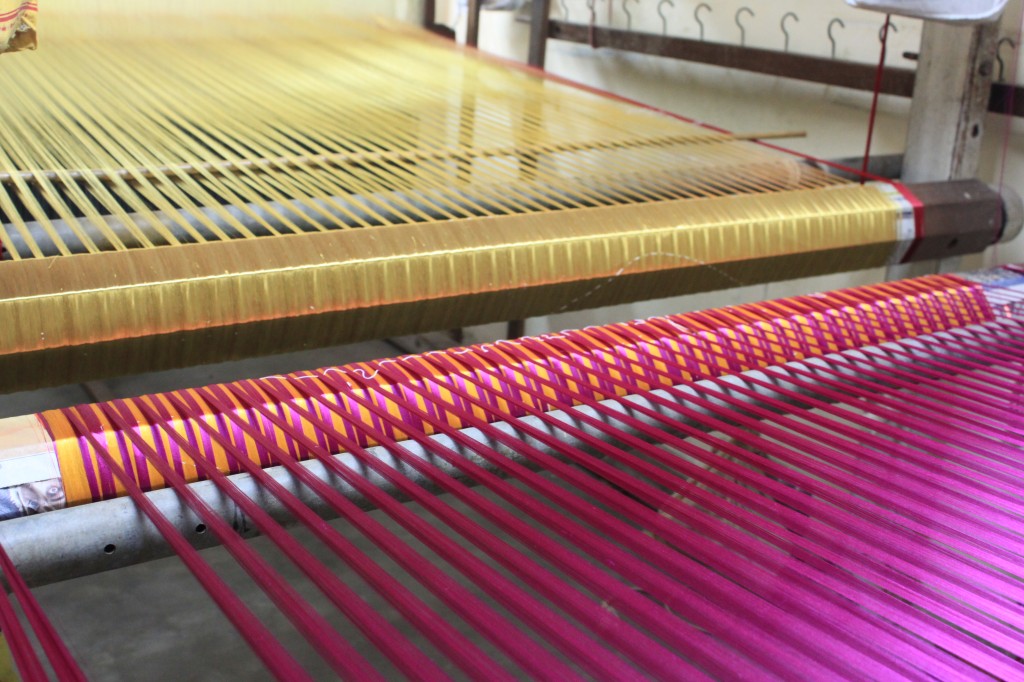 Kanchipuram sarees are hand woven from pure mulberry silk. The industry here is only made up of Handloom weavers and merchants and does not manufacture silk or any other raw material that goes into the silk saree.

The main raw materials are mulberry silk thread, metallic thread (Zari) and dye. Dipping the silk thread into liquid gold and silver makes the Zari. This enhances the beauty and the value of the silk saree. The mulberry silk thread comes from the neighboring state of Karnataka, the metallic thread which is interwoven with the silk to give the metallic look comes from the state of Gujarat, and the dyes too are not manufactured in Kanchipuram. But all these materials are brought here, and the skilled artisans weave them on handlooms, creating a unique hand-made work of art in each saree.

Getting the yarn ready for the loom….

The saree usually have three parts to it called the body, border and pallu (the hanging end of the saree). To weave a saree three shuttles meaning three single threads of silk yarn along with zari are used. This accounts for its durability and luster. While the weaver works on the right side, his aide works on the left side shuttle. The border color and design are usually quite different from the body. If the pallu has to be woven in a different shade, it is first separately woven and then delicately joined to the saree. The joint is woven so strongly that even if the saree tears, the border would not detach. Since the maximum length on a traditional loom is 18-yard warp, it ensures that not more than 3 silk saris can look alike.